(Bloomberg) — Italy is in the depths of one of its worst droughts, with the country’s largest river, the Po, hitting its lowest level in 70 years, threatening crops and raising the specter of power outages.

While much of Europe has had drier-than-average conditions this year, northern Italy’s Po valley is the worst hit, according to the JRC Global Drought Observatory. Several months without rains and an earlier-than-usual halt in flows from melting snow in the western Alps have made large swaths of the river bed visible — so much so that a German tank from World War II resurfaced recently.

With water sources depleting, Italian hydroelectric reservoir levels are at historic lows. The production of hydroelectric power, which usually supplies 15% of the country’s needs,  is down 50% so far this year from 2021. Compounding the region’s woes, the Adriatic sea has entered into the Po delta for at least 10 kilometers, threatening farm lands and raising the risk of salty water in taps. Northern Italian towns are rationing water and supplying it in trucks as they face a potential drinking-water shortage.

The drought may bring significant economic pain. The Po river, which flows from west to east in northern Italy, is a lifeline for such major industrial centers as Milan and Turin — home to the maker of Fiat cars and steel pipes manufacturer Tenaris SA. Lombardy and Piedmont, the regions where the cities sit, are also big agricultural producers, accounting for 93% of Italy’s rice production. With water availability more than halving in east Piedmont, this year’s crop is under threat, local farmers say.

“The situation is dramatic for some crops,” said Ercole Zuccaro, director of Piedmont’s farm-industry association Confagricoltura. “Climate change is obvious here. Long periods of drought are interrupted by severe weather.”

The association estimates forage, barley and grain crops will be down 30% to 40% this year, with repercussions for livestock, which will have to be slaughtered for meat earlier than expected. It will aggravate the surge in food prices for consumers and in production costs for farmers. Production of hazelnuts and wine could be affected too, Zuccaro said. Piedmont is Italy’s largest producer of hazelnuts. Grape harvesting will probably be lower than usual, he said.

The heat waves in Europe and the US are being monitored closely after global grain supplies suffered from erratic weather worldwide and as Russia’s invasion of Ukraine choked shipments from one of the world’s top exporters. Spain recorded unusual temperatures for June of over 40 degrees Celsius (104 degrees Fahrenheit) for the second time in a month.

Over a quarter of Italy’s territory in the south and the north is currently at risk of desertification after months with barely any rainfall, according to the national farmers’ association, Coldiretti. The group expects a 2 billion-euro ($2.1 billion) loss for Italian farmers from the failure of crops including wheat, corn and sunflower.

“It’s a disaster not to have water for agriculture in a year fertilizer prices have tripled and gasoline prices have spiked too,” Piedmont President Alberto Cirio said on Friday on SkyTG24 TV.

The scorching heat is also unleashing millions of grasshoppers, which are devastating 30 thousand hectares of crops in Sardinia at a time when Italy needs to maximize production to cope with the effects of the war in Ukraine, Coldiretti said.

Meanwhile, power companies are being pressured to release water from their already record-low hydroelectric reservoirs to ease the pain of farmers and other consumers, exacerbating an emerging energy crisis.

Edison SpA said it will release water from its dams for 10 days. A2a SpA has also been releasing water from its reservoirs in the Lombardy Alps, which it had expected to use for power production later in the year.

The pressure on home-grown power production comes as Russia is cutting gas supplies to Europe. Eni SpA said Friday it only received half of the gas requested from Gazprom PJSC, the third day in a row its demand wasn’t met.

The increasingly acute shortage of water is also threatening to hurt tourism as hundreds of northern Italian towns ration water for non essential uses. The mayor of the thermal town of Sant’Omobono Terme in Lombardy told la Repubblica he’s worried about tourist arrivals if the water rationing persists.

Some mayors in Piedmont have suspended water supply at night and water trucks have been sent to supply local tanks. Water rationing could continue through the summer, Piedmont President Cirio said.

“The other emergency is water for civil uses as groundwater is drying up and drinking water for a lot of towns is at risk,” he said.

Sign up to receive the daily top stories from the Financial Post, a division of Postmedia Network Inc.

Thanks for signing up!

A welcome email is on its way. If you don’t see it, please check your junk folder.

The next issue of Financial Post Top Stories will soon be in your inbox.

We encountered an issue signing you up. Please try again

La. lawmakers are among the thousands losing insurance coverage

Sat Jun 18 , 2022
[ad_1] Crews who are section of the federal Blue Roof Software put in tarp on a roof harmed by Hurricane Ida in New Orleans, La.(Supply: WVUE) NEW ORLEANS (WVUE) – Some Louisiana legislators are among the thousands of persons who have missing their residence insurance coverage even as we go […] 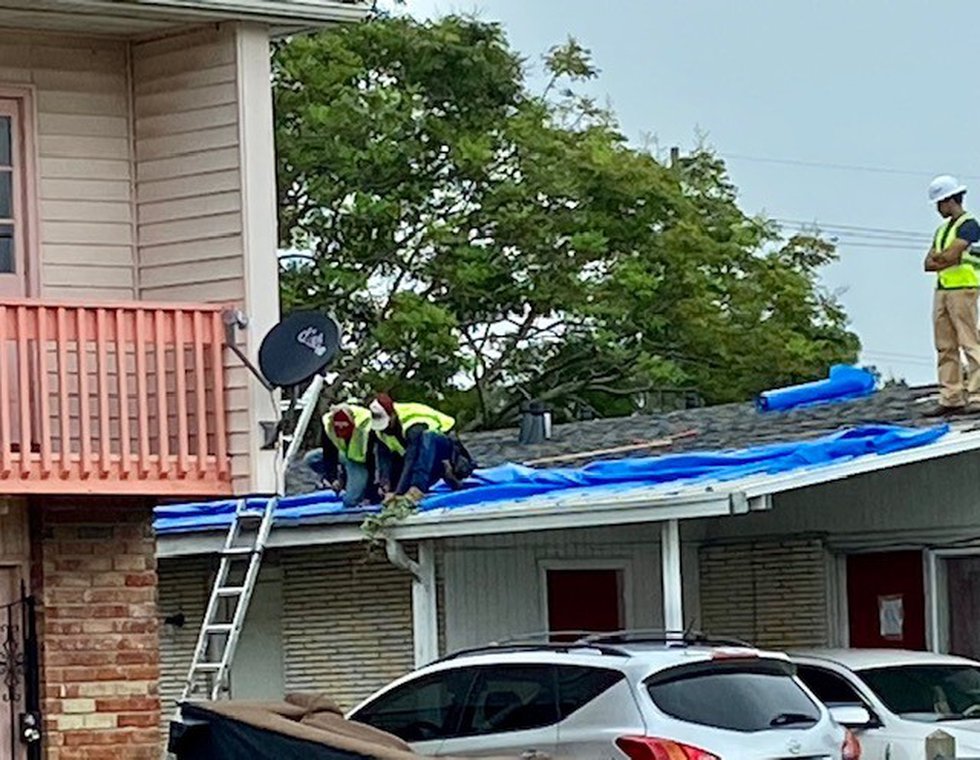