Title insurers generated a record $26.2 billion in premium revenue in 2021, a 36 percent increase from a year ago that was driven in large part by a surge in refinancings as mortgage rates hit record lows.

The big four title insurers — Fidelity, First American, Old Republic and Stewart — continued to claim just over 80 percent of that business, as independents boosted their overall market share by just two-tenths of a percentage point last year, to 19.41 percent, according to an analysis released Friday by the American Land Title Association (ALTA). 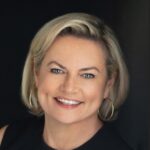 ALTA’s analysis showed that independent companies and the smallest of the big four title insurers — Old Republic and Stewart — posted stronger growth numbers than the industry as a whole, while industry giants Fidelity and First American lagged the industry average. 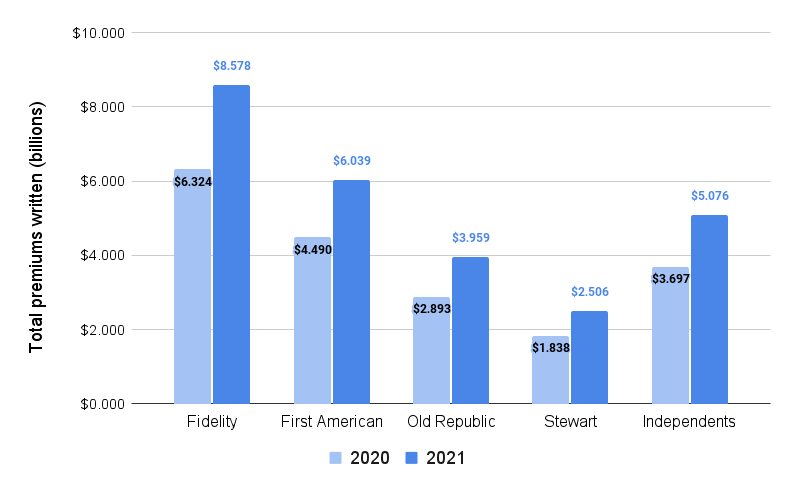 The Fidelity National Financial family of companies — which include Chicago Title, Fidelity National Title and Commonwealth Land Title — posted 35.6 percent annual growth in premiums written, with $8.578 billion in production for the year. 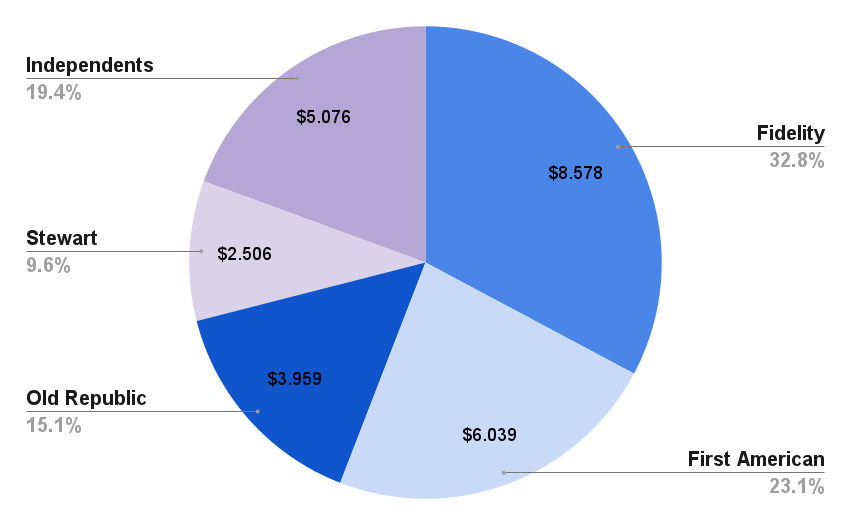 The Fidelity family of companies continued to have the biggest share of the title insurance market, writing 32.8 percent of 2021 premiums, down slightly from the year before, when Fidelity had closer to 32.9 percent market share.

The Old Republic family of companies’ 2021 market share of 15.1 percent was up slightly from a year ago, when it was closer to 15 percent.

At 9.6 percent, the Stewart family of companies’ 2021 market share was virtually unchanged from a year ago.

Collectively, independent title insurers accounted for 19.4 percent of 2021 title insurance premiums written, up from 19.2 percent a year ago.

WFG’s $744 million in premiums written enabled the company to claim 2021 market share of 2.8 percent, down slightly from 2020 when WFG captured closer to 3 percent of the market.

With $633 million in premiums written, Title Resources Guarantee Co. grew market share to 2.4 percent, down from just under 2.5 percent a year ago.

With mortgage rates on the rise, title insurance premiums are expected to fall as the refinancing boom tails off, and inventory and affordability constraints dent homebuying.

End of the refi boom 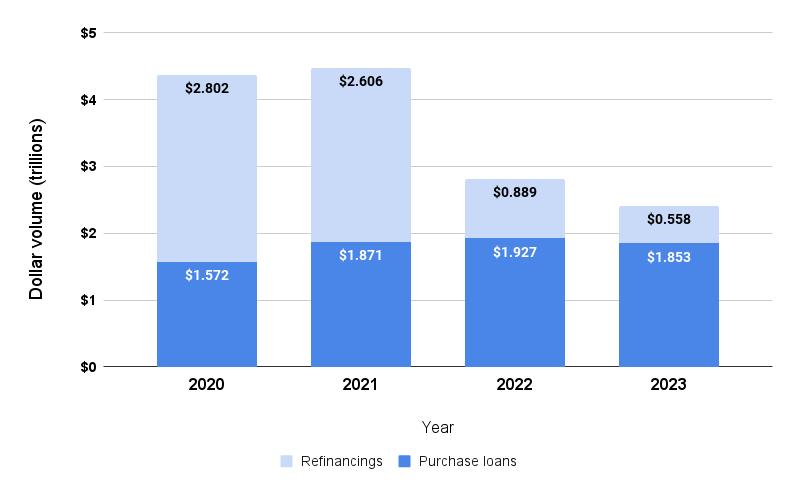 In an April 19 forecast, economists at Fannie Mae projected that single-family mortgage originations will fall by 37 percent this year, to $2.8 trillion, and by another 14 percent in 2023, to $2.4 trillion.

Given the recent run-up in mortgage rates, Fannie Mae now expects homeowners will refinance just $889 billion in mortgage debt this year, a 66 percent drop from 2021, when lenders refinanced $2.6 trillion in home loans.

Get Inman’s Extra Credit Newsletter delivered right to your inbox. A weekly roundup of all the biggest news in the world of mortgages and closings delivered every Wednesday. Click here to subscribe.

Why Every Nurse Should Consider Legal Nurse Consulting